Beyonce and JAY-Z pay tribute to Meghan, Duchess of Sussex at BRIT Awards

Beyonce and JAY-Z paid tribute to Meghan, Duchess of Sussex in an unlikely fashion, while accepting a BRIT Award on Wednesday (20Feb19).
The hip-hop supercouple wasn't present for the ceremony at the O2 Arena in London, but appeared via a pre-recorded video message after winning the Best International Group prize for their work as The Carters.
Beyonce and JAY-Z's acceptance clip recreated a scene from their video for hit song APES**T, in which they solemnly stood in front of the Mona Lisa at the Louvre Museum in Paris, France - but for the BRIT Awards, they replaced the famous painting with a portrait of Meghan wearing a regal tiara.
The stars didn't directly mention the American actress-turned-British royal as the Crazy In Love hitmakers expressed their gratitude for the accolade, saying, "Thank you so much to the BRIT Awards for this incredible honour. You guys have always been so supportive. Everything is love. Thank you." 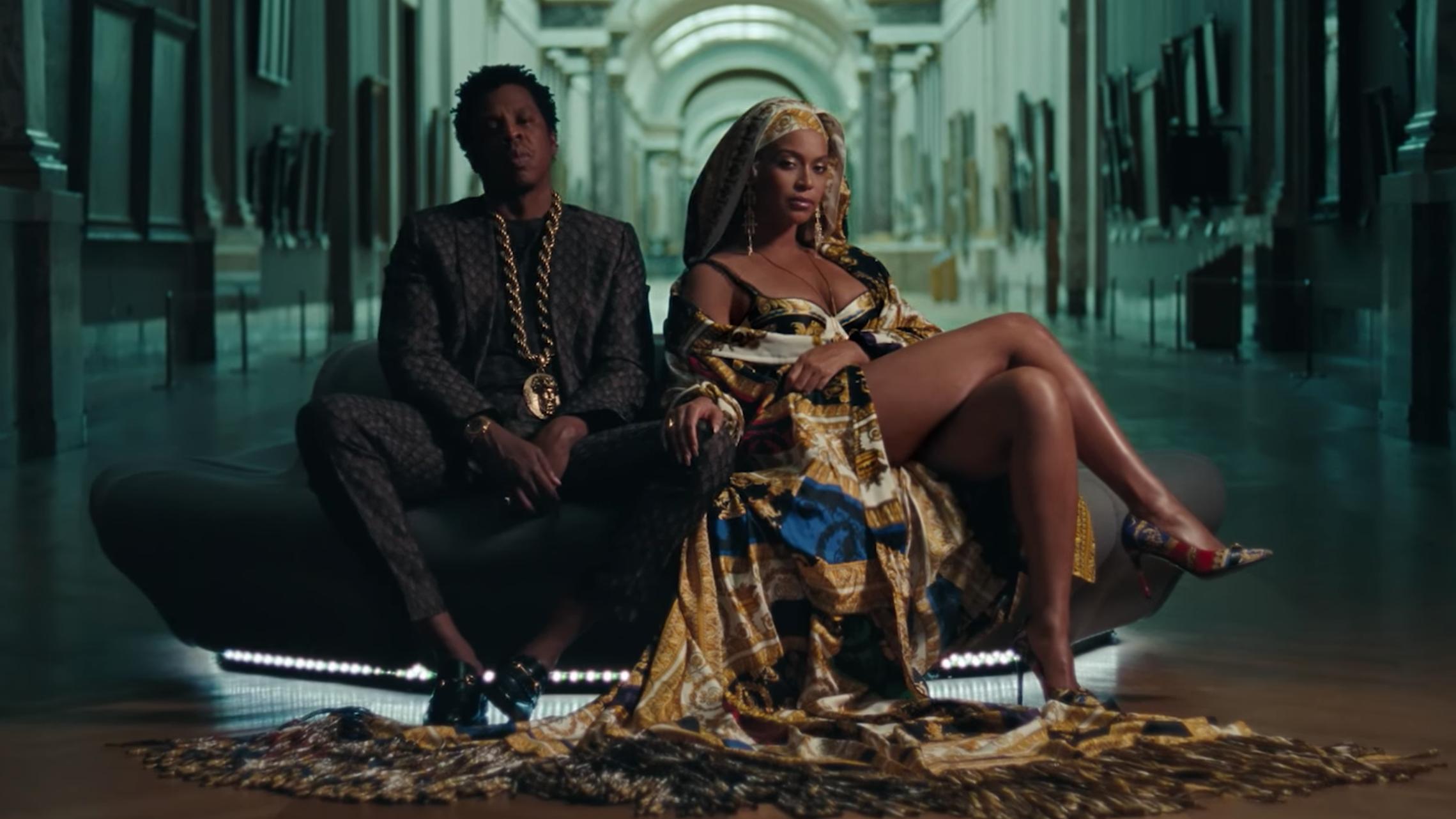 The rapper then simply added, "You're welcome," before they both turned to face the portrait of the pregnant Duchess.
Shortly after the couple's appearance at the Brits, Beyonce shared the video on her Instagram page, alongside a still photo of the pair posing in front of the 'artwork' as she reminisced about the last time she claimed the title at the prizegiving with her Destiny's Child bandmates, Kelly Rowland and Michelle Williams.
"Thank you to the Brits for the award for Best International Group," she wrote. "I won this award back in 2002 with my besties, Kelly and Michelle. How lucky am I to have been in a group with my other best friend, the GOAT (Greatest of All Time) Hova (JAY-Z)."
She then gave Meghan a special shout-out, suggesting she is as iconic as the Mona Lisa: "In honor of Black History Month, we bow down to one of our Melanated Monas (sic)," Beyonce added. "Congrats on your pregnancy! We wish you so much joy."
Their show of support for the former Suits actress, who is expecting her first child with Prince Harry this spring, comes amid heavy criticism for the way members of the U.K. and U.S. media have covered her relationship with her family, particularly the strained bond she has with her estranged father, Thomas.
George Clooney even spoke out to defend the Duchess after a letter purportedly sent by Meghan to her dad was published in Britain's Mail on Sunday newspaper, accusing Thomas of having "broken" her heart by repeatedly telling falsehoods to the press.
"They're just chasing Meghan Markle everywhere, she's been pursued and vilified," Clooney said at a Hulu panel event last week (ends17Feb19). "She's a woman who is seven months pregnant and she is being pursued and vilified and chased in the same way that (Prince Harry's late mother) Diana was, and it's history repeating itself. And we've seen how that ends. I can't tell you how frustrating it is to see that."
The actor's wife, Amal Clooney, was among the guests in attendance at Meghan's baby shower celebrations in New York City on Wednesday.